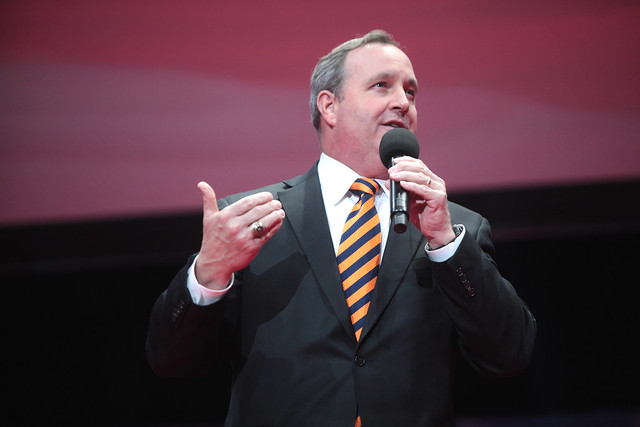 Laurens, SC – U.S. Congressman Jeff Duncan (SC-District 3) will host his 9th annual Faith and Freedom BBQ beginning at 6pm at the Anderson Sports and Entertainment Center in Anderson, SC on August 26, 2018. The event, heralded as South Carolina’s largest gathering of conservatives, will be headlined by numerous speakers including U.S. Congressman Jim Jordan (OH-District 4). Additional speakers will be announced at a later date.

As a four-time state wrestling champion, Jordan knows first hand the persistence and determination needed to overcome obstacles. With degrees in law, education, and economics, Jordan wrestles tirelessly for the American taxpayer to ensure they are able to keep more of their hard earned money. Fighting tax hikes introduced by both parties, government bureaucracy, and governmental abuse has earned Jordan numerous recognitions which include the “Friend of the Taxpayer” award and the “National Legislator of the Year” award. Further, Jordan assisted in founding, and served as the first Chairman, of the lauded House Freedom Caucus.

“I’m excited to bring Jim to Anderson for my ninth Faith and Freedom BBQ,” said Duncan. “Jim is a tireless advocate for citizens and the rule of law. While many of my colleagues on the left perpetuate a narrative based upon a bought and paid for dossier used to spy on President Trump, Jim has fought tirelessly to bring to light the conduct of and lack of faith the American people have in the Department of Justice as it relates to its investigation of President Trump.

Tickets are $35 per person or $60 per couple. In appreciation for their service, all veterans, guardsmen, first responders, and their families may claim free tickets for the event. Tickets may be purchased or claimed online at JeffDuncan.com.