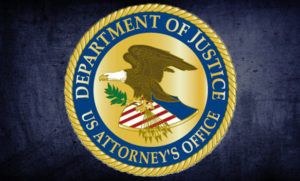 Charleston, South Carolina — United States Attorney Sherri A. Lydon announced today that Gary B. Shaffer, 60, the former Chief of Police in Manning, has pleaded guilty in federal court to theft of federal funds and making a false statement.

Evidence presented to the court established that Shaffer was the Manning Chief of Police until August 2018. On September 12, 2015, Manning police officers performed a traffic stop in which they seized $80,800 from two individuals. That money should have been deposited into a City of Manning bank account with the Bank of Clarendon. On September 19, 2015, Shaffer began making large cash deposits into ATMs. By November 10, 2015, he had deposited approximately $78,514 into his personal accounts by way of cash ATM deposits.

In May 2016, a state court ordered the Manning Police Department to return a portion of the money to the individuals from whom the money was seized on September 12, 2015. On May 23, 2016, three official checks were issued from Shaffer’s personal accounts. The checks were made out to the attorney who represented the individuals to whom the money was supposed to be returned, and their total value was the exact amount that the state court had ordered to be returned.

During an interview in February 2017, Shaffer told an agent with the Federal Bureau of Investigation that the deposits were of money he had been saving for years from various sources. Shaffer admitted in federal court that this statement was false.

Shaffer faces a maximum penalty of 10 years in federal prison and a fine of $250,000. United States District Judge Bruce Howe Hendricks, of Charleston, accepted the guilty plea and will sentence Shaffer after receiving and reviewing a presentencing report prepared by the United States Probation Office.

The charges against Shaffer were the result of an investigation by the Federal Bureau of Investigation. Assistant United States Attorneys Brook Bowers Andrews and William Camden Lewis of the Columbia office are prosecuting the case.