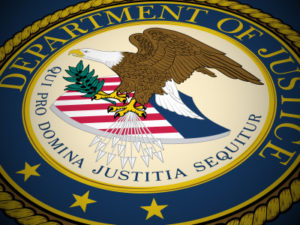 Columbia, South Carolina — United States Attorney Sherri A. Lydon announced today that the federal Bureau of Prisons conducted a pilot test of micro-jamming technology this week at the Broad River Correctional Institution in Columbia, South Carolina.  The test was the first collaboration of its kind in a state corrections facility.  It was conducted to determine if micro-jamming could disable cell signals and prevent wireless communication by inmates using contraband cellphones in a housing unit.

“I am so encouraged by what I observed firsthand standing in a cellblock beside SCDC Director Bryan Stirling, as federal officials tested cellphone micro-jamming technology,” said U.S. Attorney Lydon.  “The technology was designed and deployed to block signals from contraband cellphones inside the prison, while ensuring that there was no interference with wireless signals used by the public outside the facility.  It is incredibly promising to see the potential for technology to address contraband cellphones in prisons, which for years have threatened our corrections and law enforcement officers and our community.”

Contraband cellphones pose a significant safety threat to the general public, prison workers, and other inmates.  In partnership with the South Carolina Department of Corrections (SCDC) and the South Carolina Law Enforcement Division (SLED), the U.S. Attorney’s Office for the District of South Carolina has brought a number of cases against both inmates using contraband phones to harm the public and SCDC employees smuggling contraband—including cellphones—into prisons.  For example, the office has recently prosecuted inmates who have used contraband phones to move large quantities of methamphetamine from California to South Carolina; access the dark web and buy a mail bomb intended to kill an ex-wife; and defraud members of the military of over $560,000 through a “sextortion” scheme.

“I am so grateful to Director Stirling, who has led the effort to allow state and local prisons to jam cell signals and made the entire country aware of the need for this tool,” Lydon said.  “He should be applauded for his tireless efforts to protect both the general public and the prison population from the safety threat posed by contraband cellphones.  This is a game changer for law enforcement who work to protect the public from criminal enterprises run from within prisons.”