RELEASE – Will Freeman For Mayor of Charleston 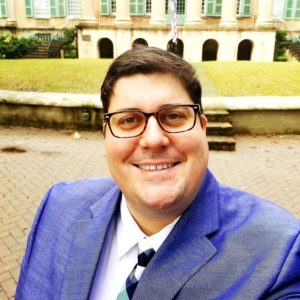 CHARLESTON, SC— “Residents First!” That’s the campaign slogan of Charleston resident and South Carolina native Will Freeman who announced today his candidacy for Mayor of Charleston. Freeman wants to succeed for Charleston citizens where he says Tecklenburg has failed.

“It is clear our current Mayor has failed to keep the promises he made four years ago. Mr. Tecklenburg’s administration has neither mitigated flooding, nor curbed harmful development, nor improved citizen’s livability,” Mr. Freeman stated.

Will Freeman has lived his entire adult life in Charleston, and graduated from the College of Charleston with a B.A. in Political Science. He currently works at his alma mater as an administrative assistant.

“I’ve been involved in various leadership roles in a variety of local, state, and national public policy minded organizations,” Mr. Freeman said. “As a concerned, working-class citizen I know intimately the challenges that we, the average Charlestonians, face every day.”

To live up to his campaign slogan, Mr. Freeman’s top priority will be flood mitigation, lobbying aggressively for funds at the local, state, and federal level. “As mayor I will give special attention to flood prevention projects for the Church Creek Basin in West Ashley,” Freeman said. “I will personally lobby for funding, face-to-face with lawmakers in Columbia and Washington D.C., to get our tax dollars back home to fix our flooding issues citywide.”

Freeman also promised to pass a moratorium on hotel development downtown, to stop the harmful filling of wetlands, to fight to make parking more affordable for downtown workers, to push for more working class housing, and to combat gentrification.

Freeman promised to put his money where his mouth is: “I will donate at least half of my salary as mayor to complete this platform. I don’t want anyone to doubt how much I love this city.”