Cox, a Lieutenant Colonel in the Army Reserve, served four combat tours in Iraq as an U.S. Army Ranger. Through his own experiences, Cox gained a deep respect for veterans and their families and promised to give his salary to a veterans’ group during his State House race.

“The honor of my life was leading soldiers into combat,” said Cox. “The brave men and women, and their families, who fight for our freedoms deserve our attention and support. This small gesture helps raise awareness of groups like Upstate Warrior Solution who are helping those that have done so much for this great nation.”

Charlie Hall, President of Upstate Warrior Solution remarked, “Representative Cox is a model citizen soldier and inspiration to our veteran community. He has been a tireless advocate for our returning servicemembers in the Upstate and we are appreciative of his efforts to highlight the good work that is occurring at Upstate Warrior Solution.” 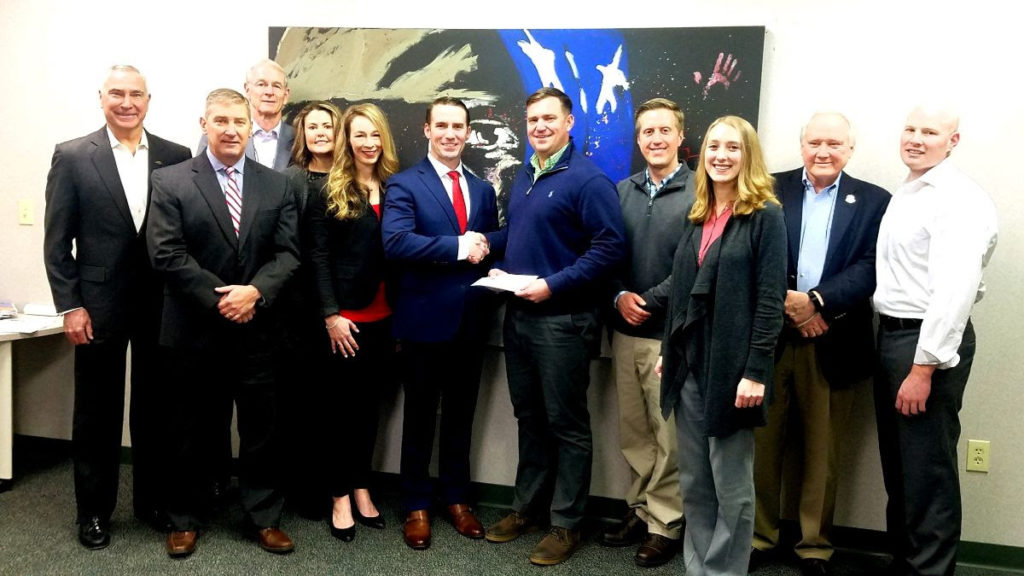 Upstate Warrior Solution is a non-profit group that helps both veterans and active-duty members of the United States Armed Forces and their families in day-to-day support and communication with the Department of Veterans Affairs and the Department of Defense. It offers a range of support groups, classes, and outreach programs.

Bobby Cox is a Businessman, Army Ranger, Citadel Graduate, and Conservative Republican representing the east side of Greenville County in the South Carolina General Assembly. During his service in the Army, Bobby conducted four combat deployments in the wake of the 9/11 terrorist attacks. Bobby continues to serve in the Army Reserve as a Lieutenant Colonel. He is married to his wife Joscelyn, a Furman Graduate, and they have two young children, Reagan and Seth.