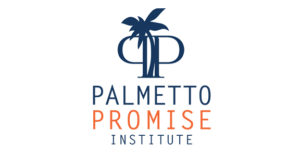 Columbia, SC (Nov. 28, 2018) – SCE&G’s rates are already high due to V.C. Summer, and Santee Cooper, Duke Energy Progress and Duke Energy Carolinas want rate hikes. This in the state that spends more per capita on energy than any other state ($400 more annually than the national average).

“The situation is bad, but the good news is there’s a solution right at our fingertips,” said one of the report’s authors, Dr. Oran Smith, Senior Fellow with Palmetto Promise Institute. “South Carolina is a monopoly market state, meaning consumers only have one choice for their energy provider. A simple reform could change that. We have numerous energy providers, but the rates and geographic service areas are determined by the state. More competition would allow consumers to shop around for better prices and force providers to provide better service, just as it would in any other marketplace.”

States with competitive energy markets have seen prices fall by 17.93 percent over the last decade. Meanwhile, monopoly states like South Carolina have seen energy prices rise by 2.55 percent on average. (South Carolina rates in all three rate classes—industrial, commercial and residential—are higher than both North Carolina and Georgia, the Palmetto State’s primary competitors in economic development.)

“We should repeal the Territorial Assignment Act,” said co-author Dr. Michael Maloney. “When providers are freed to compete, economic development efforts will receive a huge boost and consumers will finally see competition for their electricity business, like in every other sphere of our economy.” The Institute supports allowing energy providers to service whomever they would like to in the state in a “willing buyer, willing seller” model.

Reiterating his call for both the sale of Santee Cooper and for energy freedom, Senator Tom Davis put it directly: “A fight is coming, and it is up to the public to insist that their elected representatives empower consumers rather than a handful of politically connected utilities.”