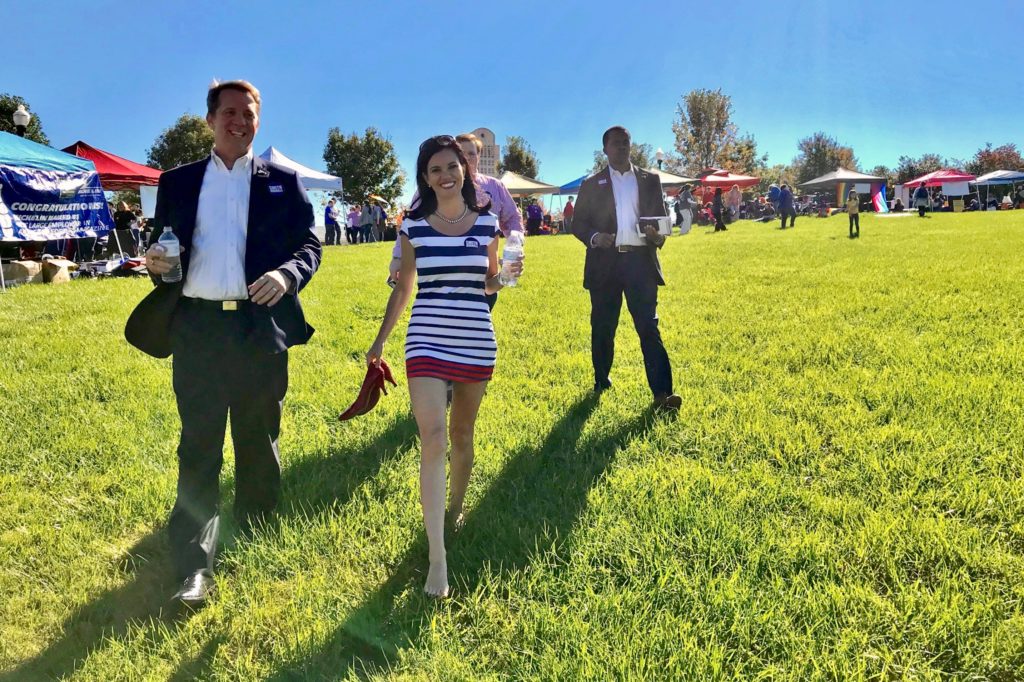 James Smith and Mandy Powers Norrell “thoroughly enjoyed” themselves at the event, according to a tweet from Smith.

According to reporter Gavin Jackson of S.C. Educational Television, “both Smith and Norrell have an openly gay child.”

“It’s an honor to live in a town that is accommodating and supportive,” event attendee Pate Randall told The Spartanburg Herald-Journal. “I think every year that passes, it brings more and more acceptance. I think the event was viewed as a protest in the beginning or a fight for recognition, but I think that is less and less the case now.”